The photo of the cormorants was created by Christopher Perez of Portland, USA, and is used with his permission.

Use this script on your blog.

Use this script on your blog. 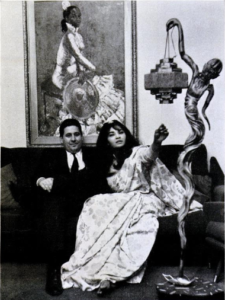 I was amazed to read in the Telegraph obituary of Lord Moynihan that he and his wife became Bahais in 1961.

Moynihan set off with his wife on a belly-dancing tour of Europe and the Far East. In 1961 the two of them converted to the Persian faith of Baha’ism: ‘It propagates Oneness of Mankind,’ Moynihan explained. 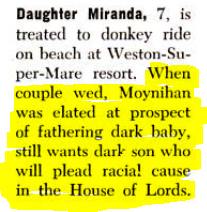 Wikipedia has his colourful life-story, but I wanted to dig a bit deeper. It didn’t take long for me to discover an article in Ebony, called Belly-Dancer who Became a Lady, which was written five years after he had become a Bahai. The couple were clearly well ahead of their time—tearing down racial barriers, and tirelessly travelling the world. 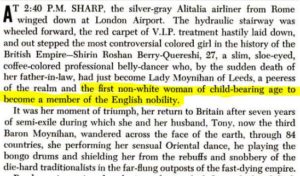 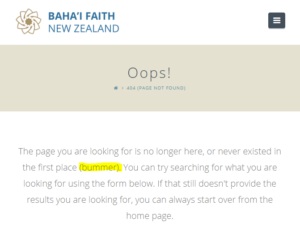 Of course, the NZ Bahais are notorious for their “distasteful language”:

The following glossary of Baha’i terms was inspired by Juan Cole’s ironic “The Ghoul’s Glossary: the 2008 Election”, which is the first entry for 4 November on his Informed Comment blog. Just as the recent US election inspired new ways of using language, which threw up the need for a glossary to explain the new meanings, I thought I’d write a glossary for those trying to understand the latest meanings of terms found in common Baha’i parlance.

Anna’s presentation – 1) an illustrated document summarising the latest version of the Baha’i revelation used to convert seekers; a script usually memorised and spoken verbatim during presentations.

Baha’u’llah – the latest manifestation of God, whose revelation is updated on a regular basis by the Universal House of Justice; a 19th-century eccentric Iranian gentleman who spoke a strange language and received few visitors.

disenrolment – an administrative procedure involving the issuing of a form letter for removing from the community a believer who promulgates persuasive opinions that do not keep abreast of the latest updates to the Baha’i revelation by the Universal House of Justice; not a punishment.

dogmatic materialists – scholars of Baha’i studies who use reason and evidence in their discussion and conclusions.

infallible – the condition of never having to make the following concession speech: “We fought — we fought as hard as we could. And though we fell short, the failure is mine, not yours”.

scholar – a learned person; esp. Baha’i scholar – a believer who has yet to detach from individualistic intellectual pursuits and fully commit to the community endeavour of advancing the process of entry by troops.

teaching – evangelising; the process of converting non-believers to the latest version of the Baha’i revelation and acceptance of future updates from the House of Justice.

The decline in quality and propriety of book titles has been going on for decades. In 1960, William Sears, a retired radio and television personality, put out a book with the title “God Loves Laughter”, despite the obvious fact that God is beyond limitations.

One very important consequence of God’s being incomparable is that God is not limited in any way. The reason is that if we describe God using a particular quality, then we immediately limit him to that quality and rule out other qualities that are the opposite. For example, if we assert that God is loving, then we rule out the possibility that God is wrathful. God, therefore, must be beyond description because any word we use to describe God limits him to the qualities of that description. God is unlimited or unconstrained: “God, alone, transcendeth … limitations”(G:LXXVIII, 150).
Commentary on the Divine Unity

“The difficulty, Sister Kelly, is not that you say you have questions or even that you believe that women should receive the priesthood. The problem is that you have persisted in an aggressive effort to persuade other church members to your point of view and that your course of action has threatened to erode the faith of others. You are entitled to your views, but you are not entitled to promote them and proselyte others to them while remaining in full fellowship in the church.”

The Department of the Secretariat to The National Spiritual Assembly of the Baha’is of New Zealand, 19 April 2000:

“Mrs. Marshall has chosen to aggressively promote her misconceptions in defiance of efforts to provide her with essential Baha’i teachings which correct them. She has made a series of statements that stand totally in contradiction to the authoritative texts of the Baha’i writings. These assertions, which she disseminated to an international audience, were of such concern to a number of Baha’is that the matter was brought to the attention of the Universal House of Justice.” 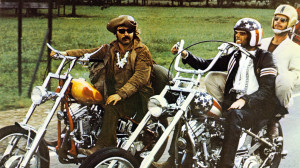 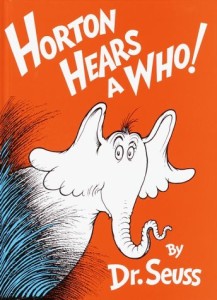 Sooner or later, every Bahai gets to hear a whoso. I heard quite a few in the Dunedin community just after Alison was removed from membership. Listen in, and you might hear one, too.

“The sacred and youthful branch, the Guardian of the Cause of God, as well as the Universal House of Justice to be universally elected and established, are both under the care and protection of the Abhá Beauty, under the shelter and unerring guidance of the Exalted One (may my life be offered up for them both). Whatsoever they decide is of God. Whoso obeyeth him not, neither obeyeth them, hath not obeyed God; whoso rebelleth against him and against them hath rebelled against God; whoso opposeth him hath opposed God; whoso contendeth with them hath contended with God; whoso disputeth with him hath disputed with God; whoso denieth him hath denied God; whoso disbelieveth in him hath disbelieved in God; whoso deviateth, separateth himself and turneth aside from him hath in truth deviated, separated himself and turned aside from God. May the wrath, the fierce indignation, the vengeance of God rest upon him!”
The Will And Testament of ‘Abdu’l-Bahá

When you hear a whoso, it’s because a sour kangaroo has objected to the small people having a voice.

“Humpf!” humpfted a voice. ‘Twas a sour kangaroo.
And the young kangaroo in her pouch said “Humpf” too.
“Why, that speck is as small as the head of a pin.
A person on that?… Why, there never has been!”
Horton Hears a who 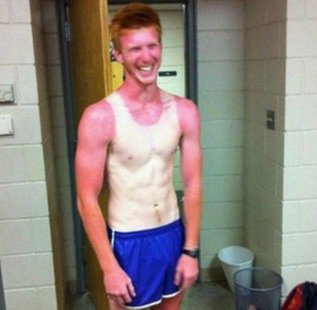 omo sapiens emerged out of Africa. As the species spread, some populations became afflicted with abhorrent conditions such as light skin colouring. Today, billions of people have this aberration. We must turn off the gene that causes pale skin, so that people no longer need to “cover up”. Pastiness is highly condemned and often a great trial and cause of suffering to a person. Remember, there are no legitimate ways in which a Caucasian can express the wayward impulses of the sunbathing instinct.

As for those now afflicted, a Caucasian does not decide to be a problem human, but he does have decision in choosing his way of life, i.e. abstaining from sunbathing acts. 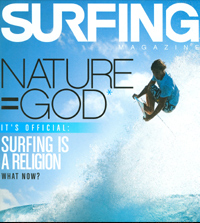 When I was a practising surfer, I briefly belonged to a nationally and internationally-affiliated surfing organisation. But I realised that I had no interest in organised group surfing activities and resigned my membership. Or “left the surf” as they say in surfing circles.

Actually, they don’t say that.

Surfers might ask why they haven’t seen you at club meets and competitions, but the idea that membership has anything to do with the way you surf would seem ludicrous to them.

When you stop tapping the energy of the ocean—that’s when you “leave the surf”.

Let me talk about a covenant.

No, I promise to make it interesting, and this isn’t Covenant with a capital C. It’s a covenant between the leaders and the rest of us. It’s an often-unspoken understanding that leadership involves doing a lot of listening, consulting and making changes as well as just plain making smart decisions.

The Baha’i Faith requires a lot of its followers. For example, there’s a requirement to wholeheartedly support a decision even when people don’t agree with it. So that’s one half of the covenant—an agreement by those who are led, not only to be obedient, but also to be supportive—even when they don’t buy the idea.

The other half of the covenant is that leaders must act like servants—”trustees of the Merciful One”, as Baha’u’llah puts it. He’s turned top-down into bottom-up: Leaders are charged with the responsibility of being responsive to the needs of the community and putting them first.

Radical, huh? Baha’u’llah seems to be saying, and I may be reading too much in here, LSA members should be less concerned about what the NSA thinks of a decision than what the community thinks of it.

In theory, the Bahai Faith has a very devolved decision-making process. In theory, ideas expressed

filter up through the system—some reaching as far as the House.

In theory, an individual will have opportunities to appeal any decision, because it will come from their local assembly, or occasionally their national assembly—and thus can be appealed at least once, but usually twice.

Unfortunately, the Baha’i Faith has become very top-down and one-size-fits-all:

Result: Individuals feel manipulated and disempowered. I think it’s because the covenant (the little one) has been somewhat forgotten.