Pilgrims' peace in a battle zone 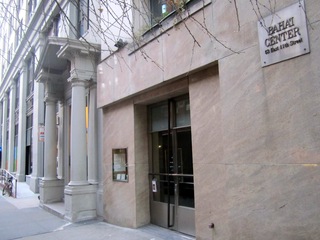 GREENWICH VILLAGE  A proposed jazz club that wants to open near a longtime spiritual center claims state law mandating a minimum distance between bars and religious institutions should not apply because the center is not an official house of worship.

While the SLA requires a 200-foot distance between the bar and the altar, supporters of the new club looking to open on East 11th Street say the potential pub's proximity to a Baha'i center shouldn't kill their plans.

Lawyers for the planned club Analogue, which is negotiating a lease at 41 E. 11th St., say the State Liquor Authority's 200-foot rule, which separates bars from places of worship and schools, should not apply to the New York City Baha'i Center at 53 E. 11th St., just two doors down.

With some exceptions, the state will not issue full liquor licenses to establishments on the same street and within 200 feet of a building used exclusively for worship or as a school, according to state documents.

The woman attended a conference Sunday at Bosch Baha'i School, located at 500 Comstock Lane, according to the sheriff's office.

After an outing, the woman was feeling ill and became disoriented while walking at night and was unable to return back to the camp, the sheriff's office said.

She walked about a half mile, seeking shelter because of inclement weather.

This is the third time I have been in Panama. Each time, we have tried, unsuccessfully, to get to the Bahai Temple. Our first trip, five years ago, was without a GPS and we tried to navigate to it using a mickey mouse map from the car rental company and information from an outdated guide-book. The Bahai Temple is located on top of a hill with a beautiful view of the city, valley and jungle around it. On this trip, we could see the structure but could not figure out how to get to it. After several attempts, each involving paying a toll on Corredor Norte, we gave up.

MBABANE  Husband of the female teacher based at Bahai High School in Mbabane allegedly took his wife to the family of her lover boy and dumped her there.

The man allegedly told his in-laws that they were free to have their daughter in-law and she could resume her new duties at her new marital home.

A source at the school known to Swazi News said the husband decided to take his wife to the boys parents and allegedly told them that the boy was now free to have time with his lover.

Parents of the boy were allegedly left baffled when the husband brought his wife and left her there.

The teacher, whose (sic) is known to this publication, is said to have been dating two boys at the school. One of the boys was doing A-levels and he left the school in May after the husband of the teacher allegedly approached another family of a former pupil at the school threatening to shoot the boy. 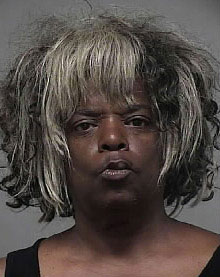 LOUISVILLE, Ky. -- Police say members of a local religious group got a rude surprise Friday night when they found a woman living in their community center.

The Bahá'í Center is located at the corner of Bardstown Road and Bradford Drive. According to LouisvilleBahai.org, the center is devoted to promoting the "oneness of God," the "elimination of all forms of prejudice" and "environmental preservation."

According to an arrest report, board members arrived at the center on Friday night, shortly before 8 p.m., for a regular board meeting.

But before they could begin their meeting, police say they found 55-year-old Clara Porter lying on the floor of the foyer.

"The center is a private meeting place for Bahá'í faith followers and was locked, except for the door to the foyer," police say.

When the board members questioned her about her presence there, she allegedly told them that the center was her home. Police say she then began yelling and cursing at them, telling them to leave.