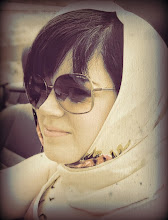 In a recent poll of religious association by state, the news was that an obscure religion was number 2 in South Carolina. Having lived in North Carolina for many years, I was surprised to find a name that I didn't recognize. The second largest religious affiliation in South Carolina is Baha'i. For most of us, this is not at all familiar and for a valid reason; it's 'messenger of god' didn't declare himself as such until 1866. The leader, Bahá'u'lláh, followed the unconventional teaching of a Shi'a man, Báb. These teachings led him to 3 keys beliefs, which are the basis of the religious faith of his followers today. (1) The unity of god- god is omni this and that, the creator, the force of universal consciousness, which isn't anything terribly different from most major religions. (2) The Unity of religion- all religions are from the same god and are essentially all the same once you remove cultural and time-specific regulations. (3) The unity of humanity- all are created equally and diversity is valuable.