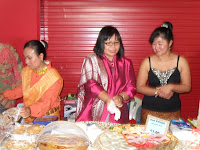 One step into the auditorium revealed that we were in for more than we bargained.

Saturday was "Race Relations Day" here in Whangarei. An invitation was extended to me earlier in the week by a friend from Indonesia to attend this special event and watch her perform some traditional Indonesian dances. I was under the impression that this would be a drop-in multicultural festival of sorts, a chance to experience some different ethnic foods and meet new people. Apparently what I expected and what was planned were two different things, because our "dropping in" 30 minutes late meant that we missed most of the Maori powhiri and stepped right into a full human rights programme. The event was organized by the local Baha'i congregation and the Human Rights Commission, with a proud transgender individual introducing the theme of the evening.

From Baha'i to Jesus

Bryant Parsons was born in Trinidad, but moved to Brooklyn, NY at the age of four. Bryant was not brought up in a Christian home, although his family attended a Unity Church, a New Age cult that emphasizes meditation. Bryant considered himself a Christian at the time, but wasnt really saved. During his senior year of high school, he suffered a horrific anxiety attack that kept him from sleeping and eventually caused such severe paranoia that he was shaking on the ground. In his moment of weakness, Bryant recalls, I cried out to God, God help me! I thought I was going crazy. And then the anxiety subsided and peace came over me. I didnt get saved that night. I didnt know who Jesus was, but I felt that God helped me during that time.

{josquote}Because the Baha'i faith emphasizes the unity of all religions, Bryants Baha'i friend had no problem inviting him to attend a Christian Brothers United meeting on relationships.{/josquote}

Bryant continued to suffer repeated anxiety attacks throughout high school and during his time at Howard University. Despite his struggles, he felt that God was still with him in some way, so he decided to attend various spiritual events held on campus. While attending a school-sponsored chapel, he met a man who belonged to the Baha'i faith. He began to meet with his Baha'i friend to study their scriptures and doctrine during his first month at Howard. Unbeknownst to Bryant at the time, God was using this Baha'i man to bring him to His Son. 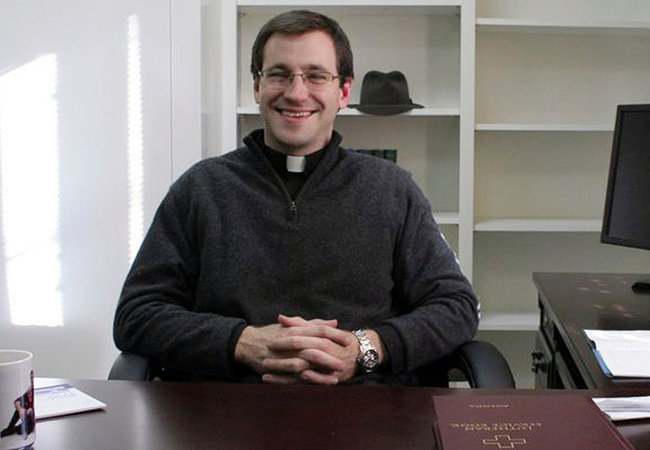 A Lutheran pastor who participated in an interfaith prayer service in Newtown, Conn., in the days after the Sandy Hook massacre has apologized after being criticized by the leader of his denomination for violating its prohibition against joint worship with other religions.

The Rev. Rob Morris, a new pastor who lost one of the members of his congregation in the shooting, defended himself in an open letter published by the church, saying that before the tragedy, he had spent hours with his congregation educating them about the differences between Lutheran teaching and the teachings of false religions such as Islam or Bahai, both of which had clergy members at the interfaith service. He also noted that, in his own prayer at the service, he had spoken about Jesus and quoted from the Bible.

I believed my participation to be, not an act of joint worship, but an act of community chaplaincy, he wrote.

But he also apologized.

To those who believe that I have endorsed false teaching, I assure you that was not my intent, and I give you my unreserved apologies, he wrote.

Eclectic religious leaders will honor the legacy of Martin Luther King Jr. with an interfaith service on Sunday  a traditional precursor to the annual march along East Side streets with tens of thousands of people and dozens of corporations taking part.

Catholics and Protestants making up most of the city's religious landscape will be well represented at the interfaith service. So will one of the city's smallest: the Baha'i faith.

Yet over time, the Baha'i community, with an estimated 300 members, has played an increasingly active role in MLK events.

Happy Chinese and a Movie There was no Christmas tree in our house. There were no stockings, and Santa never came down the chimney. This is how I grew up. Seven percent of Americans do not celebrate Christmas. That includes members of many religions (including some Christians) and other Americans for whom, for whatever reason, its just not a holiday. I grew up in a Bahai household (just like Rainn Wilson), and we didnt observe Christmas. Or any other winter holiday, actually. Bah humbug.

Chinese and a movie is a joke among Jews, but its actually pretty standard for anyone who doesnt celebrate. Everything closes on Christmas, except a few Chinese restaurants and movie theaters, so if you want to go out and do something on your day off, thats about all there is to do. Sometimes it was TV dinners and a rental. And like the rest of you, I pretend the Star Wars Holiday Special never existed.