Items ranging from the gently ironic to the satirical

It goes without saying that every last detail of the building is meticulously documented, that Bahais will one day regain possession of the property, and that it will be rebuilt in precise detail. My guess is that emerging technologies for 3D printing mean that even the exact corrugations and indentations of the original stones will be replicated, whenever this happens.

Ultimately, that might allow print-your-own pilgimages in the comfort of your own home. However, I prefer to do pilgrimage the old fashioned way. I plan to travel half way across the world to join a group of pilgrims for a once-in-a-lifetime experience that is both personal and communal; intimate and intensely social.

For that reason, Im saving my money for the opening of Holodeck Haifa, and the Authorised House of Bahau'llah Experience. 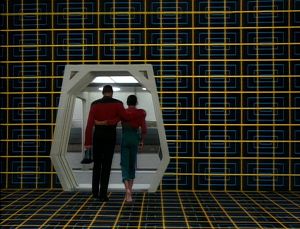 The Baháí belief is that the least old of the worlds freelance beliefs. Its founder, Baháu'lláh (1817-1892), is regarded by Baháís because the most up-to-date inside the line of Messengers of God that stretches back on the far side noted time which encompasses patriarch, Moses, Buddha, Krishna, Zoroaster, Christ and Muhammad.

The central topic of Baháu'lláhs note is that humanity is one lone race which the day has come back for its unification in one worldwide humanity. God, Baháu'lláh aforementioned, has set in shift chronicled forces that ar breaking down very old barriers of rush, class, creed, and nation which can, in time, offer birth to a universal civilization. The primary challenge facing the peoples of the planet is to simply accept the very fact of their harmony and to help the processes of unification.

In this video Rainn speaks candidly, and directly to the youth.

His message, "go on a spiritual journey! There's nothing more important."

Wilson relates his own personal stories of growing up a baha'i, leaving the faith, and then ultimately realizing that his spirituality rests with the Baha'i Faith.